My life feels like a dream, only better. This insight really popped for me the other day. I used to dream for life to be better; better relationships, better financial stability, better work. Then wisdom sparked a realization that life already IS better; better than I could ever have imagined or dreamed of.

I’m not saying I don’t get stressed or concerned about the state of the world. I do–and I am concerned. It’s just that even the stress and concern are better. Softer, gentler, simply an opportunity to learn. The classroom of life.

I never dreamed I’d have the joy of working with my daughter, Lynn, and her wife, Kim, on my newly published book, Nuggets of Wisdom ll. I never dreamed Lynn would be interested in being my webmaster, after my previous assistant, Andre, found that he was keen to devote his time to a new way of serving that he loved, and let me know I would need someone else to help me. His courage in telling me this, when I know he was a bit hesitant, afforded me a new opportunity to explore who I could call upon to be my next webmaster. The insight that popped into my head was “ask Lynn.”

Later that day, I was reflecting on how lucky I was to be working with my daughter and daughter-in-law, and having had the delight of working with Andre, who inspired and helped me launch my first online mentoring series, and his wife, Kathrine, who edited my video recordings into small clips. And seeing Kim’s excitement, as she was transcribing materials for me to edit into a new book.

I’ve learned and continue to learn from these four young, wise individuals, a different generation from mine, each of us offering something new and insightful to each other. I love hearing their generation’s language, and adopting some of the phrases. I’m inspired by their confident skills and ease in the tech world; they light my fire. This partnership is beyond any dream I’d ever had.

I remember walking into Syd’s living room one day, when he’d invited me to the island for a visit. The carpet in front of his arm chair was strewn with a mass of papers, scattered here and there. Curiously, I asked him what the papers were. He replied, “I’m writing a book.” A simple statement, made calmly and matter-of-factly. I smiled to myself. I couldn’t envision him writing a book, with his lack of education, and I wondered what he could possibly write about.

At that point, I was still questioning his uncovering of the three mystical gifts he spoke of. To my surprise, and increasing respect and wonder, he wrote six books, and left several unpublished, before his passing. I saw that in each book, his vocabulary became better, his ability to express himself continued to be enhanced, simpler and with even more depth, and the speed of his typing increased.

From a welder to a world recognized author. Quite astonishing. Beyond Syd’s dream, when he was a welder. That is, until he had his enlightenment experience, when in the moment of timelessness, he KNEW what he’d uncovered would transform psychology and psychiatry, and help alleviate the suffering of humanity. He KNEW he would travel the world, sharing his message, and he KNEW he would make audio and video tapes, and write books that would impact the world, for generations to come.

Little did I know, that many years later, I would innocently follow in his footsteps, starting off writing with the late Dr. Roger Mills, then finding my own voice, writing my first book, Wisdom for Life, and finally being the author of six books, plus one that was transcribed from the documentary, The Genesis of the Three Principles, filmed here on Salt Spring Island, by Julian Freeman. All of this beyond any dream I had; never in a thousand years, did I imagine this life.

We’re all living in a dream. And I don’t mean in an airy-fairy way. I mean legitimately living in a reality that takes shape from our thinking. Even in a world that is in the midst of unparalleled challenges, we all know what they are, we still have the power to walk through the chaos virtually unscathed and into a world of wonder. That’s unbelievably powerful! And an inspiration that offers hope to others, who may be feeling forgotten.

And all that is needed from us is to live in wisdom and love.

Those insights are so beautiful Elsie, giving us more courage to hold steadfast to our true knowledge within. · September 28, 2020 at 5:49 pm

Thank you so much Elsie for your wise wisdom which reminds us it is ours also, when we quiet the mind. hugs

Thank you, dear Sandra, for your lovely comments. And I appreciate that you took the time to read my post. With love, Elsie 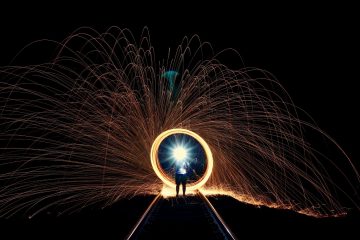 To Be a Light or a Flash

When I’m mentoring clients, I always learn something new. I listen deeply as they share their experience; my mind grows still and the simple grace of listening without thought brings fresh learning, to both of Read more… 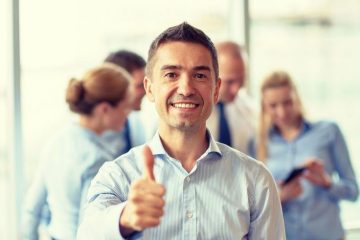 Can We Really Ignore Negative Feelings?

I had a fascinating conversation with a young man who is a brilliant entrepreneur; innovative, creative, and wise. In the last year, as I’ve conversed with him, I’ve seen him move from insecurity into his Read more… 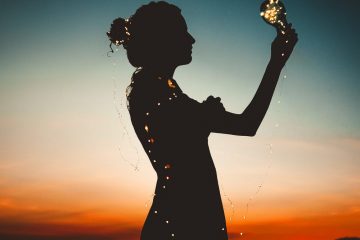 The Spiritual Protection of Understanding, Wisdom, and Love

Our day-to-day living gives us all opportunities to learn and to share understanding. I have such appreciation for that. We don’t have to attend trainings, or study the Principles, in order to continue our spiritual Read more…